Nocem Collado, what a woman! A director, but even before a photographer, author of a couple of remarkable photographic exhibitions: Women on the Silk Road, Yemen, the happy Arabia; two documentary films Cartography of Loneliness (2011) and Women and Water (2013). An artist, but first of all, an extremely simple woman. Replying to our questions, it’s possible to imagine that she scans each single word in order that each concept is as clear as possible: it does not make complicated speeches, does not use sought-after terms nor arabesques – even though she comes from the city where the magnificent Moorish residence Alhambra is located, that is Granada. 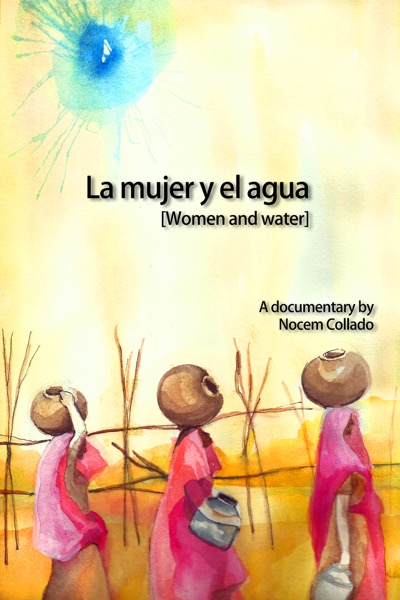 She tells us how she likes to work, filming everything herself, without troupe, carrying with her in the airports the equipment for a squad of at least three persons: this is because she is conscious that it would be very difficult to interact with a cinematographic troupe, usually composed by men. For her job she has travelled Asia far and wide, from Nepal, to Afghanistan, to India. Here her latest and very awarded work takes place: Women and Water (La mujer y el agua), winner of the Seventh Festival Ecozine and of the Second Green Film Network Award last May, 7th. By traveling alone and doing without the local interpreter to communicate (“If I had trouble with something or people did not understand me”, she says, “I phoned to an Indian friend and I solved the problem”), she fully confirms the definition of “Guerrilla Filmmaker” that she has been given on Twitter .

Women and Water occasions from the Indian tradition according to which women have the responsibility for supplying the domestic water. This happens in a country where water is not for all, because the greatest part of the population has no access to drinkable water, and the little they manage to reach is often polluted. In order to be ready to watch this film, people have to put away all the preconceptions and all they know about feminism: not only there is no militancy in the film (it ingenuously emerges at certain points, for example when images show that people opening water taps are mainly men), but it is a deeply feminine rather than feminist film. Starting from the headline, “women” and “water” are two elements that combine and melt in an only whole: since the ancestral cultures, water has always been a synonym of the maternal lap, of primordial-amniotic fluid which originated the whole Life on Earth, according to both science and religion.

A life which is often compromised: children in India risk to get sick even before being born because their mother is anaemic, due to exertion and the precarious hygienic and economic conditions. Above all they cannot reach potable water because they are on the wrong part of the society: “Although the caste system is constitutionally abolished, socially the Untouchables have no right to drink water where other castes do, because Indian people think they can pollute it by touching it. The Untouchables have to work with corpses, garbage, leather workers, cleaning detritus, etc. Indian people think that, being in contact with pollutants, they can pollute the water”.

A developing country that is westernizing without solving its conflicts, which contaminates not only the water but also the daily life of people, of women. Nocem shows these women with some almost stolen images; nevertheless, they are still extremely accurate, wonderful in each single photogram, according to the Pasolini’s dictate of making some notes on a journey rather than documentary films: only melted together, they can create a meaningful history to be told. The resulting film is both deeply Catholic and deeply Indian, because the water does not divide, it rather connects. These poor and illiterate women, who otherwise might not have the chance to make their problems public, are just the mirror of a country that is changing to worse, where water risks to be the reason for a war in India after 2030.

While the most precious liquid on Earth must remain the universal symbol of life.

DamNation: dams collapse in the country of large infrastructure